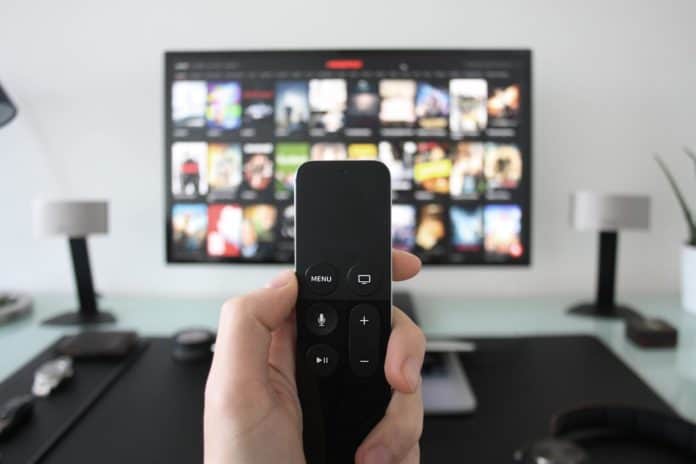 Son (8 years old): Mom, why couldn’t we use the Kindle in the car during our Norway Trip?
Me: Because there was so much beauty all around us, we didn’t want you to miss any of it.
Son: But, Mom, isn’t life always beautiful? Couldn’t we always miss something by being on a screen?

In January, this conversation prompted a series of discussions in our family. We had been in a bit of a funk. The kids were bickering and whining more than we like, and we were all a bit

frustrated. We all had a chance to talk about how we felt, and our family dialogue led to limit screen time for our kids.

It’s been one of the best decisions we’ve made as a family.

We’ve never been huge screen watchers. We’re not a family where the TV is on in the background. We have one TV, located away from our main living area, so the TV is only turned on when we decide to have a family movie night.

But still, we increasingly saw our kids go to the iPad or Kindle by default whenever they had downtime, and that habit concerned us. Since we “cut the cord,” we’ve experienced more peace & better attitudes almost overnight.

Yes, we watched the Olympics (and Paralympics!) together. We research online & type papers for school. They watch maybe one movie per week. Other than that, our kids are screen free.

Our kids aren’t always wishing they were watching something. Our boys aren’t begging for our phones while we’re at our daughter’s swim practice. They’ve learned their minds are capable of entertaining themselves, so they are more content in those everyday moments.

They’re engaged with the world around them and with the people around them. We all feel more connection to each other, and loving relationships make people happy. Read more of the research here. 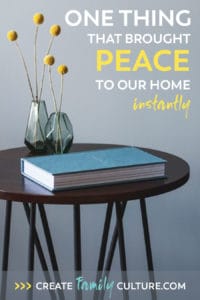 2. They get along better.

Are they perfectly loving all the time? No. Do they still fight? YES.

But, now when they fight, they’re looking at each other in the eyes, fully engaged in the conversation. They’re not both staring at the screen, fighting over which show to watch next or whose turn it is on which game.

They’ve become better at disagreeing, compromising, communicating. They are playing with each other more (since less time is spent on screens), so they are building memories and creating moments that deepen their relationships.

3. It’s easier for them to transition from one thing to another.

Do your kids every whine, argue, or cry when it’s time to turn off the screen? We may be alone on this, but ours did. They would try to negotiate. They’d get angry. They’d complain about leaving a screen more than they would about leaving any other activity.

Those battles are gone. At first, we thought they would complain about our new screen-free life. After two days, the complaining was over. The asking was done. It’s like it was a distant memory!

Studies have shown that extensive screen time can release the same chemicals in your body that create addiction, and can alter children’s brain connectivity. You can read more here.

4. We have a more peaceful start to the day.

I shared 7 tips for setting your day up for success – you can read that post here. I also share our favorite Morning Time resources in another post.

At moments where they used to be watching a show or playing a video game, they’re choosing to create. These activities have always been in our home and available to them, but they are now using them regularly. 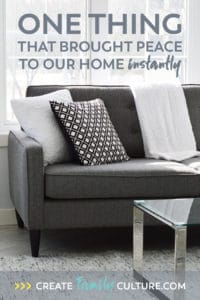 Is there anything better than seeing your child consumed by a good book? The more kids read, the better they get at it! Reading also improves their concentration, vocabulary, and language skills. Quality books increase a child’s imagination and empathy. Reading exposes children to different cultures and backgrounds, and gives kids an inside look at other people’s lives.

Whether it’s board games, LEGOs, making up skits, or playing with Rescue Bots, our kids are getting more time to play each day.

Isn’t that the point of being a kid?

Chances are, they’ll become a teenager with a phone (which scares me!) or a grown-up with a work computer. There’s plenty of time later for screens. While they’re kids, let them play.

8. We need to prepare better for “boring” situations.

Waiting for their brother’s wrestling tournament to start. Sitting through their sister’s swim practice. Long car rides. In the past, we’d hand them the iPad and be done – easy peasy. It definitely required less effort on our part.

We need to plan ahead & pack accordingly.

We pack a bag with any combination of:

We play games like I Spy or “I’m Thinking of an Animal.” And sometimes, we just have to take them somewhere to run. They are often the loudest kids and sometimes the squirmiest, but I have to remind myself that we made that choice.

We decided we’d rather have a squirmy kid than a hypnotized kid. So, we have to live with our choice, even when it’s Hour 4 of a swim meet and we’re all tired & frustrated.

What about us adults? We’re working on it. We both get a lot of email & I manage several social media accounts, so screens are part of our livelihood. But, we’re trying to block out specific times for computer/phone use so there isn’t the appearance that we’re always on our screens. It’s a work in progress. 😃

Our family is functioning better, without question. Every family’s schedule & needs are different, but it’s working for us!

Disclosure: Some links above are affiliate links to items we like, meaning we receive compensation – at no additional cost to you – if you click through and make a purchase. Thank you!

7 Ways Kids Can Keep Learning When You Can’t Teach 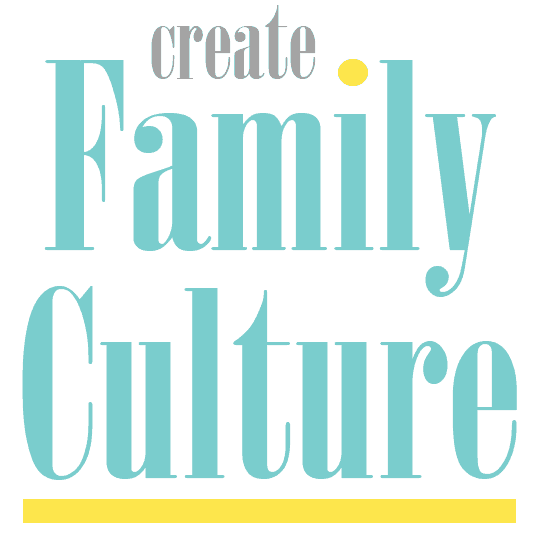 Learning to live intentionally with our parenting, education, faith & finances.
Contact me: contact@createfamilyculture.com